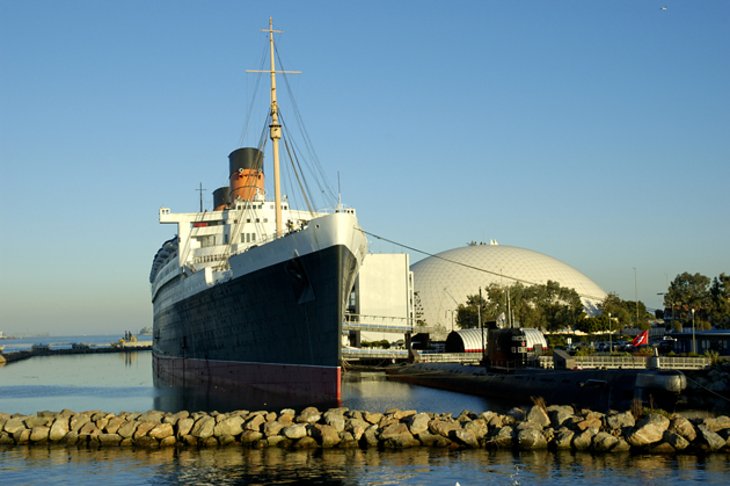 Los Angeles is an amazing city, so much movie stars power, a must see for any travel enthusiast. In 1953, Hollywood Chamber of Commerce president EM Stuart came up with an idea that would culminate in one of the world’s most famous sidewalks: the Hollywood Walk of Fame. In 1961, after numerous heated debates over which celebrities should have a star, construction ended on the Walk. Back then, there were 1,558 stars; today, there are over 2,600, with more added every year. You can find the Walk of Fame along Hollywood Boulevard between Gower Street and La Brea Avenue; Vine Street between Yucca Street and Sunset Boulevard; and Marshfield Way between Hollywood Boulevard and La Brea Avenue. Along the route, guests will also encounter the historic Hollywood Roosevelt hotel, as well as the legendary TCL Chinese Theatre, host of numerous notable film premieres and, at least for three years, the Academy Awards. Pause at Sunset Boulevard and Bronson Avenue to get a clear view of the distant Hollywood Sign. Expect these streets to be packed with tourists, as well as street performers vying for attention and tips.

One of Los Angeles’ newest cultural attractions, The Broad opened in late 2015 and was immediately an overwhelming success. Tickets are free of charge but are generally booked out a month in advance, and lineups for standby tickets, which are first-come, first-served on the day of admission, can be hours long, particularly on weekends. The museum focuses on contemporary and postwar art, with some large and dramatic installations. More than 2,000 works of art are on display in this unique building, with a “veil-and-vault” concept. The museum was founded by Eli and Edythe Broad, who have been long time collectors of postwar and contemporary art. The Los Angeles Farmers Market first started in 1934 as a very modest affair that sprung from the hardships created by the Great Depression. At the height of the economic depression, eighteen farmers came together and set up stalls on a piece of open land near Wilshire Boulevard in order to sell their produce direct to the consumer. This experiment was so successful that the market continued to expand. At that time, it truly was a fruit and vegetable market, but over the years the market has grown to accommodate more and more vendors. Today, there are all kinds of fruit, vegetable, and other food stands, along with restaurants and specialty shops. You can find everything from jewelry and candles to kitchenware and toys. Need to travel to Los Angeles and searching for a mansion to rent? See more details on Mansion Rentals Los Angeles.

Universal Studios is an incredibly fun amusement park themed around how movies are made, making it a favorite amid L.A. tourist attractions. The Wizarding World of Harry Potter, an attraction which debuted in 2016, immerses visitors in the beloved world that J.K Rowling created. The thrilling tram tour is the park’s signature ride, and the park’s many other experiences immerse you into famous movies and TV shows. Just outside the park is the admission-free CityWalk, a neon-lit pedestrian enclave of shops, restaurants, live entertainment, movie theaters, and nightlife. For more than 100 years, the Santa Monica Pier has been one of the most iconic Los Angeles landmarks. Its 90-foot-tall Ferris wheel lights up at night, while below it bustles an arcade, a roller coaster, a carousel, and several seafood stands and restaurants. If you’re not a fan of the thrill rides, you can walk along the pier for its impressive views over the Pacific. Within easy walking distance is lively Third Street Promenade, a pedestrian street full of restaurants, street entertainers, movie theaters, and inviting stores.

Free things to do in LA : Hike near the Hollywood sign: Feeling uninspired? Try changing your perspective on a familiar sight. While the Hollywood sign’s grounds are barred from public access, some great nearby hikes allow for great angles for photos. We’re talking Los Angeles sightseeing from a unique view. From Franklin Avenue in Hollywood, go north on Beachwood Drive; turn left at Ledgewood Drive and twist and wind uphill. Then go right at the three-way intersection onto Deronda Drive.

Originally erected to advertise real estate in the Hollywood Hills, the Hollywood sign has come to represent the glamour and excitement of the movie industry. Virtually every visitor to Los Angeles wants to snap a picture of the iconic Hollywood sign, but getting a close-up shot isn’t easy. Nowadays, the 45-foot (14-meter) high letters perched on Mount Lee are blocked off by barriers and protected by a security system. While the sign is visible from all over Tinseltown, the best places to park and take pictures are at the Griffith Observatory, Lake Hollywood Park and the Hollywood and Highland Center shopping mall.

Based out Miami, Florida, Nomade Villa Collection leads the luxury rental market in Miami Beach as well as across the bay in Brickell and Downtown Miami. Amassing experience from years in the South Florida real estate industry, Nomade Villa Collection is located in the epicenter for ultimate luxury living in Miami. Plans for expansion include the Hamptons, Aspen, Cote d’Azur, and Majorca islands and Sotogrande y Marbella (south of Spain). See extra details at Ibiza villa rental.